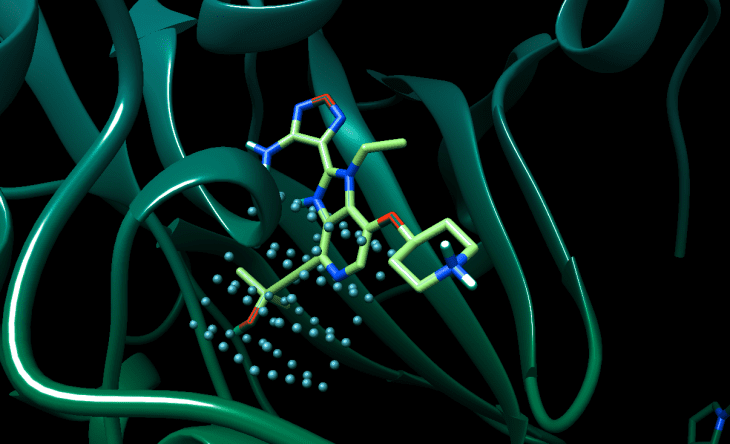 Why B Capital Invested in Atomwise

Atomwise recently announced a Series B round of financing that will power the company on its journey to change the way drug discovery is done. The challenges in drug R&D are already well-reported— it takes nearly 15 years and more than $1.5B to get a new drug from the bench to the bedside. The drug discovery portion takes 4+ years and hundreds of millions of dollars and, hopefully, at the end of it you emerge with a potential therapy.

Computationally-guided drug discovery presents the opportunity to significantly reduce the time and cost needed to get drugs to the clinic and Atomwise is delivering on that promise. The company moves drug discovery programs forward in months not years and does it at a fraction of the cost it takes through traditional methods. We’re excited about what that means for the pharma industry, but we’re most excited about what underpins the claims the company can make: a technology platform capable of delivering novel biochemical insights at the marginal costs associated with software.

Many companies have tried to apply machine learning to drug discovery. That should come as no surprise since it’s a market worth tens of billions of dollars annually where the current process allows medicinal chemists to explore only a tiny fraction of chemical space for potential therapies. A major obstacle to success is creating a generalizable platform for making predictions on new targets and molecules. Humans have roughly 20,000 protein-coding genes. Not all of them are good drug targets, but so far we’ve only found therapies against 4% of those proteins and have data that implicates another 16% in human disease:

With so much of human biology still undiscovered, there is an enormous opportunity to find new therapies. That starts upstream identifying the target and MOA associated with disease, but generalizability in a drug discovery platform opens the door to pursue novel targets and screen billions of compounds with a realistic hope of finding a hit. Because drug development tends to preserve most of the structure of the initial hit, the ability to find a better set of starting points can improve success throughout the rest of the drug discovery process.

Atomwise has built that platform and we’re tremendously excited about what it means for the future of drug discovery. The company has similar levels of success across protein classes and between targets where there is good molecular binding data and those where there is none. This has incredible implications. It means researchers can go after targets previously considered undruggable — proteins believed to be associated with disease function but for which it is extremely difficult to find molecules that successfully bind. It means that researchers, often working in academia, who identify new targets have a path forward for testing their hypotheses. And it means that researchers can efficiently explore a virtually unbounded chemical space in search of new therapies. All of this is possible because Atomwise’s platform is generalizable to new targets and new molecules, which gives them the power to deliver the truly novel biochemical insights necessary to bring new drugs to market.

The efficiency with which Atomwise can achieve these incredible results is a second component of what makes the platform so powerful. The company delivers novel biochemical insights at software costs — billions of compounds screened virtually for a fraction of a penny on the dollar. Driving the cost down so significantly means making drug discovery available to all market participants and making every other part of the early stage research process more valuable. For example, if reaching the target ID stage means you can also complete the drug discovery step for marginal cost, then the value of finding that new target goes up. You get to turnover more cards. That means more drugs reaching the preclinical stage of R&D and, hopefully, more drugs reaching patients. This is especially important for areas where traditional methods might not be economically viable or seen as too unlikely to succeed, like in rare disease or undruggable targets in challenging therapeutic areas. This proposition is enormously exciting to us.

Atomwise’s efficiency also comes through in their ability to scale drug discovery capacity like a traditional software product. This gives Atomwise the ability to take on the projects previously considered uneconomical or low probability because if the system isn’t supply-constrained then there’s very little opportunity cost. That means the supply curve in drug discovery has shifted and in the new equilibrium there will be more drugs coming to market. We see this shift happening already in the sheer number of partnerships Atomwise is working on. In 2021 the platform will scale to more than a thousand drug discovery programs, making them nearly an order of magnitude larger than most pharma companies on this dimension.

None of this would be possible without a strong team. Abe Heifets and Izhar Wallach are incredible founders and have built a truly world class group of people at Atomwise. The team is multi-disciplinary, as it must be to apply software to biology, and comprised of industry-leading experts and homegrown talent. It has been an exciting journey to watch since the Series A and we’re incredibly excited to continue supporting Atomwise and this team on their journey to redefine drug discovery.

Why we invested: Synack