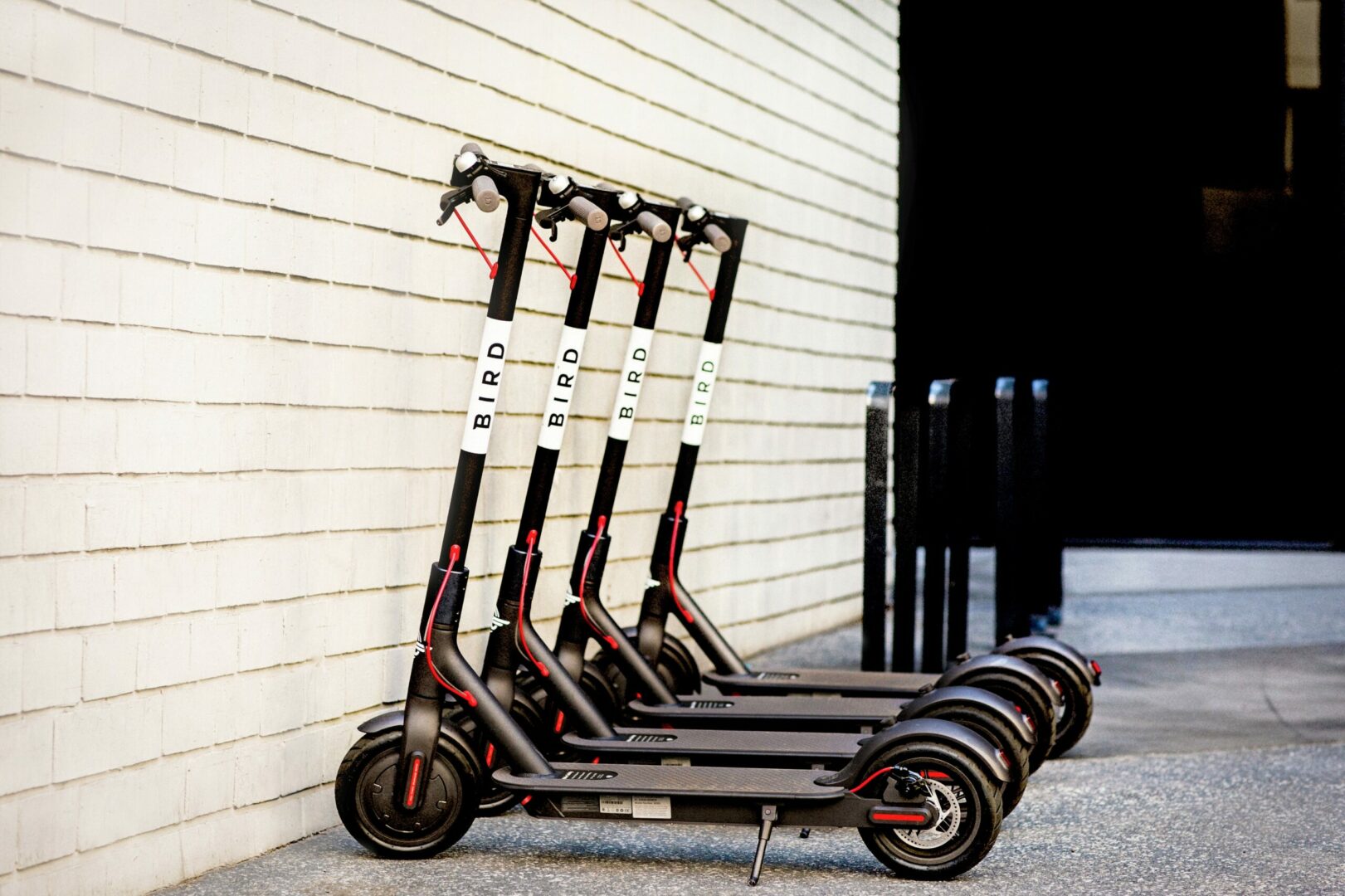 My Personal Discovery of Bird

My first experience with Bird came on a lunch-date with my wife who is a professor at UCLA. Despite being in the very early beginnings of the company, students all over campus appeared at ease hopping on this new means of transportation. UCLA campus is roughly the size of a small city and Bird provided a quick and easy way to get from one side of campus to another. The customer experience was frictionless and its appeal for students was clear — an inexpensive solution for mobility. After digging a little further, the company’s similarities to ZipCar were striking in terms of its distribution model and convenience for consumers.

Shortly thereafter, I visited Santa Monica with my family. Once I saw how quickly Bird spread beyond the campus into congested cities like Venice and Santa Monica, I knew our firm must take a deeper look.

The Need for Transportation Improvement

In Los Angeles, where Bird is based, drivers spend around 102 hours a year stuck in traffic. The average American city commuter spends around 41 hours in traffic annually. As congestion in cities around the world worsens, we need ideas that can solve global urban mobility challenges.

Much has been written about the need for infrastructure investment to stimulate American economic growth in the long-term. Staggering statistics on the topic include estimates like “every dollar spent on infrastructure has a multiplier effect of $1.59.” In conjunction with those long-term governmental efforts, we believe solutions must be discovered in the interim with an opportunity to influence rethinking city design.

Did we know to look for an electric scooter company? No. But as Henry Ford said, “If I had asked people what they wanted, they would have said faster horses.”

A 2016 study of transit use by Santa Monica residents showed 53% of trips were less than three miles and 18 percent were less than one mile. Electric scooters offer low cost, low carbon emissions transportation for these types of short trips.

What is unique about the scooter sharing model is that it pairs particularly well with existing forms of medium-range transportation, such as existing public transportation infrastructure or automotive ride sharing.

Some might ask, why electric scooters and not bicycles? As Bird CEO Travis VanderZanden says “most people when they’re commuting from point A to point B, they don’t want to sweat and pedal.”

Our Investment History in Transportation

We founded B Capital in 2016 with the goal of investing in truly transformative technology that had the potential to combat global challenges. With offices in Singapore, Los Angeles, San Francisco and New York, we look for companies around the world that are trying to tackle problems that we all face daily in a tangible, accessible way.

One of the four verticals we are focused on as a firm is “Industrial & Transportation.” We define this vertical to mean investing in technology-enabled platforms that unlock new standards of safety and efficiency across transportation and industrial processes.

This investment marks our fourth venture into this vertical in the last year and seventh to-date. Investments this year (just to name a few) have spanned Almotive, a Budapest-based company building full-stack software for autonomous driving and Journera, a Chicago-based startup using data to improve customer experience across all travel elements — air, lodging, ground and more.

My partners and I have also been involved with this vertical for years preceding the formation of B Capital Group. Early investments into SurfAir and Silvercar are just two examples of transformative companies we’ve had the opportunity to work alongside during this evolution of the transportation industry.

What our firm realized is an important convergence of four trends / technologies that have paved the way for Bird’s success today and beyond. Electric scooters required a 20-year combination of technologies and recent cultural trends to unlock the opportunity:

Travis is a seasoned industry professional. Before starting Bird, Travis was the VP of Global Driver Growth at Uber. Since starting Bird, he has surrounded himself with an impressive management team with a diverse set of competencies and experience.

Bird’s approach to working with cities and municipal Governments is fundamentally collaborative. It shares its traffic data with cities and highlights the benefits of electric scooters: a reduction in cars on the road, reduction in transit inequality due to socio-economic factors, and increased overall mobility and commerce.

We did not begin designing cities around cars in earnest until the middle of the 20th Century, and have already seen a movement to reorient streets back towards pedestrians and cyclists. It is conceivable that cities could (and should) begin to reserve public space for scooters, furthering their goals of reducing automotive traffic, providing access to affordable transportation to underserved populations, and reducing greenhouse gas emissions.

Since launching in September 2017, Bird has witnessed phenomenal growth. Because this is a completely new market and business model, it is difficult to estimate the eventual market size. However, we did extrapolate out potential market expansion/penetration from existing consumer behavior in Bird’s most mature markets to-date. The potential here is staggering.

While the future of last-mile transportation will likely look multimodal, electric scooters are the starting point. We believe Bird will be the company and team to ultimately transform these last-mile logistics in the US and beyond. Like the UCLA students I saw months ago, myself and the team at B Capital have hopped onto Bird and are excited for the road ahead.