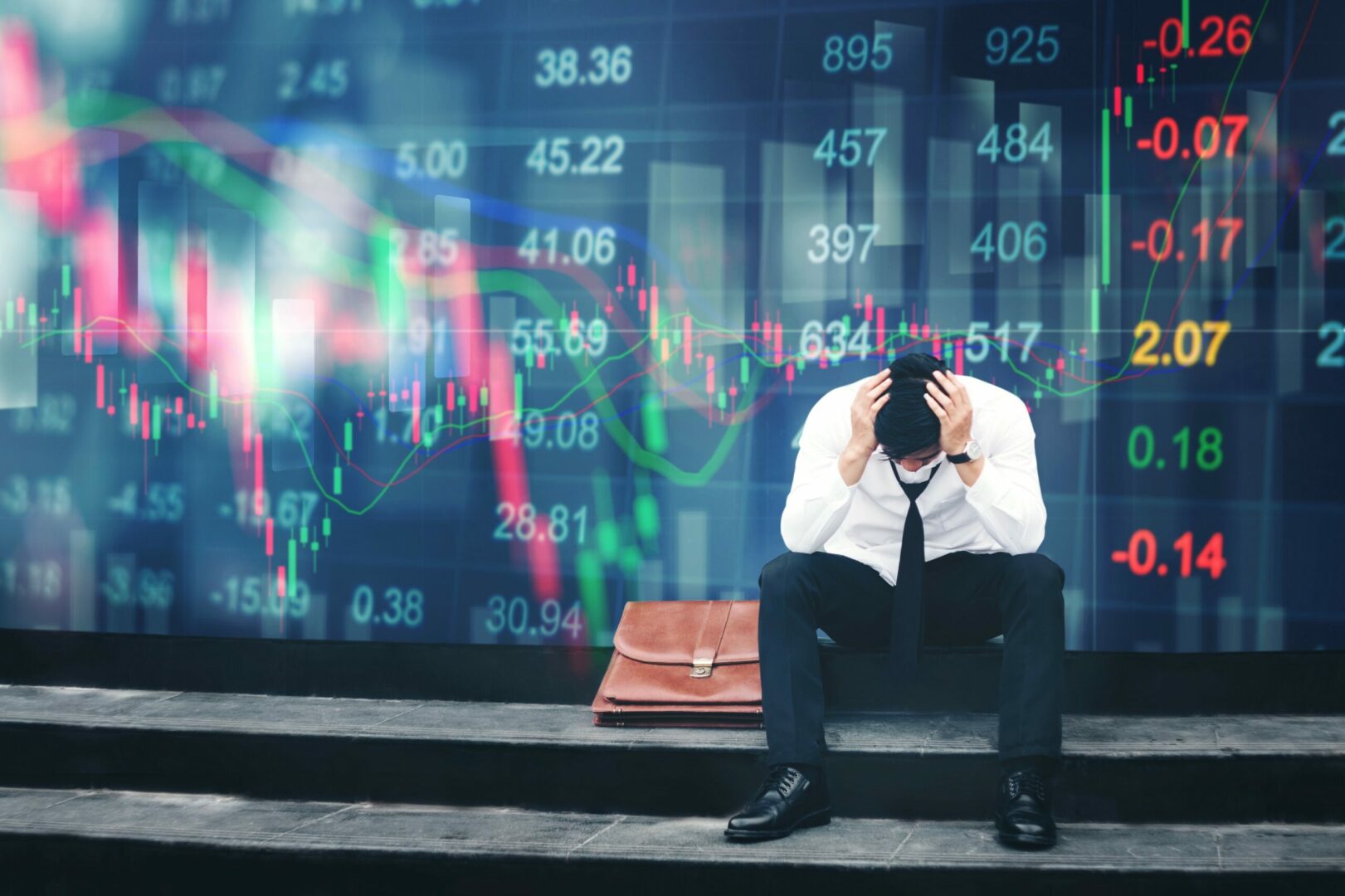 Startups need to learn from our past to survive our future.

At the onset of a recession, startups should learn from the past to prepare for what’s next

This post was co-authored by Mike Balestrino and Peter Engleman.

The spread of COVID-19 feels unprecedented for many reasons. The rapidly-spreading pandemic itself has disrupted daily life and challenged us to change how we function overnight. But, the seemingly unheralded global recession that took shape very quickly is now keeping business leaders up at night, especially leaders at startups that were on a rapid growth trajectory and are now left to wonder how to map a path forward. Despite being frequently reminded by economists, academics and talking heads that markets are cyclical, it always seems to come as a surprise when the markets turn down.

In fact, market downturns are far more common than recency bias suggests: there have been thirty-three economic cycles in the U.S. since the mid-nineteenth century. When we’re surrounded by social, political, and economic uncertainty that seems completely unique, can reflecting on past recessions really offer us anything new? What do these retrospectives tell us about our current economic climate?

We sat down with B Capital Chairman Howard Morgan, founder of multiple companies including renowned early-stage investing firm, First Round Capital, to get his thoughts on the many recessions he’s witnessed and what he learned from each. Each recession has its own unique features but there remains one constant: businesses that are built upon a strong foundation of fundamental business principles are the most resilient and may even flourish in periods when many others fail.

Here’s what we took away from our trip down Memory Lane, and the relevant takeaways that apply today.

The 2001 Recession: A short, painful lesson on the importance of unit economics

The U.S. faced a “real economy” recession following the steady growth of the 1990s, meaning the recession was driven by an unwinding of real economic imbalances following demand- and/or supply-side shocks caused by a triggering event. The late-1990s “dot-com” bubble coupled with decreased business investment were compounded with an exogenous event, the September 11th attacks, bringing the U.S. and global economies to a grinding halt.

While it lasted just 8 months, the impact of the 2001 recession was felt for much longer. Thematically, it brought to light the power of speculative optimism and signaling in the technology industry. The promise of technological innovation and a new form of business, powered by the internet, led investors and entrepreneurs to look past fundamental business practices and towards sky high valuations. Capital flowed to internet start-ups like an arms race, each company seemingly more interesting and promising than the last.

One of the core problems with the dot-com investment ecosystem, according to Howard Morgan, was that very few of these companies were supported by sustainable business models that could persist during times of demand shock. “It was literally a house of cards,” he noted. “Start-ups were selling to other start-ups and so on, but the problem was only a handful possessed the stable customer base of a mature company.” It didn’t just stop with customers — financing, infrastructure, and support capabilities also took roots from the same trees. What ensued? A domino effect that rippled through the start-up landscape, into the capital markets, and across the broader economic ecosystem.

Businesses that appeared strong due to customer depth and revenue growth proved flawed under the surface. One such example, according to Howard, was IT infrastructure — an industry where value is created through a network effect. “When the consumer technology companies crashed you saw an immediate impact on the IT infrastructure companies that supported them. Take fiber optics — our country has an amazing fiber optics infrastructure — but many fledgling startups back in the dot com era had to file for bankruptcy.” Few were spared, even long standing companies like Corning.

What does this tell us about today’s environment? Well, similar to the dot-com bubble of 2001, many of today’s companies are feeling the pain of prioritizing unfettered growth over profitability (such as WeWork). As investment cycles slow and demand decreases, it’s imperative that young companies prioritize profitable economics over pure growth economics, a lesson learned the hard way by many back in 2001.

The 2008 Financial Crisis: A long liquidity drought in an increasingly interconnected world

2008 brought forth a “financial crisis” recession which cripples financial intermediation, disrupting the real economy via a lack of liquidity and limited access to capital. Lasting eighteen months, the “Great Recession” was triggered by financial imbalances in the home lending industry when an abundance of high-risk mortgages, repackaged many times over as higher-grade loans, began to fail. A perfect storm of over-leveraged balance sheets, ill-advised lending, and unbalanced derivative portfolios led to a financial shock that hadn’t been felt since the Great Depression.

Howard Morgan summarized it well: “In 2008, hedging strategies worked to a point, but ultimately got swallowed up by the liquidity risk. Businesses couldn’t rely on customers to pay them because their customers weren’t getting paid either. This led to a string of defaults, tightening of the capital markets, and ultimately, a global liquidity crisis.”

Despite being relatively localized in its origin, these trigger points were so far-reaching that the impact manifested itself across nearly all industries, from oil to manufacturing. The expansion of the recession exposed businesses that were not properly diversified. According to Howard, “when the banks were impacted it was clear that there was a need to diversify in ways they never thought before.”

A painful learning, but powerful lesson: companies need to look beyond “tried and true” sources of revenue and growth and expand customer bases, industries, geographies, and suppliers. At the time, the companies that took this approach were met with great intolerance by investors and the public markets. These strategies, like that deployed by Wells Fargo, we’re criticized at the time as stagnating growth and being overly conservative; yet, it’s precisely these methods that ultimately proved successful.

The 2008 recession also demonstrated the embeddedness of economic globalization as nation after nation was impacted. Much like in 2008, today’s global economies are tightly linked to the point that tremors in one region or nation are almost immediately felt in countries on the opposite side of the world. Compounding this is the inherent nature of a pandemic, a far-reaching health crisis that is, by definition, not localized. In times like these it is more important than ever to take a longer-term perspective, even if it’s not the most popular view in the room.

Key Takeaway for Today: Diversify holdings, from revenue sources to customer bases to investment streams and suppliers. During a time when finding a unified voice or direction is difficult, having broader bases can be a strategic differentiator.

What to expect from the COVID recession: A slow, cautious return to a new normal

As early as it seems, we already know that this recession is unlike either of the previous two, or any we’ve experienced in modern history. Startups are at the end of a ten-year, growth-focused and capital-rich operating climate that’s disappeared almost overnight. The US unemployment rate is at heights not seen in 2008 and public markets are seeing more volatile swings than in 2001.

While it may not be possible to truly predict the duration and extent to which the global economy is impacted by COVID-19, it is possible (and practical) to contingency plan for a range of different scenarios. Until we have plans for rapid detection, treatment and vaccination in place at scale, it is almost guaranteed that companies will face ongoing challenges in the physical aspects of their businesses, from the closure or limited operation of storefronts and office spaces to supply chain disruptions and cost-of-goods fluctuations. Demand for products and services is already affected as consumers and businesses alike face wage and revenue losses and tightening credit markets.

Given the current market and taking our lessons from the previous two recessions, there is an opportunity for startups today to both focus on core business profitability and start to diversify customer bases: by looking for ways to reposition existing offerings opportunistically. Take a look at the plethora of products that were initially designed for one thing, but didn’t find success until positioned differently. While they faltered in their original efforts, a small pivot to serve a new purpose ended up launching items that are now eponymous.

We’ve already seen companies adapt their offerings to cater to new customer needs, especially in areas like healthcare tech where platforms can be augmented quickly to serve new use-cases. Not only does this bring in much-needed revenue, it does so in a way that does not incur significant operating costs. By using the existing technological infrastructure but re-purposing the end-customer offering, firms can extend short-term runway while broadening product offerings. Of course, while this type of “flip-switch” transformation may not be possible for all companies, and we don’t recommend attempting a significant business model pivot in the current climate, companies must be flexible, opportunistic, and prepared.

Key takeaway for today: When it comes to surviving today’s economic climate, a short pivot to serve a new market can mean everything.

While the past is history, it is also prologue, and today’s fast-growing startups can learn a lot from what we’ve seen transpire in just the past two decades. Focusing on core business performance, diversifying to de-risk, and considering where you can easily adapt your offerings to serve adjacent markets or sectors can help set a company up for long-term success.

We know that this, too, shall pass, even if it takes months or years to happen. When we look back at this recession, it’s too early to know what the headline will look like — but we know the winners will be those who acted swiftly and strategically. Executors in the near-term yet planners for the long-term, positioning themselves for success when the tide changes.