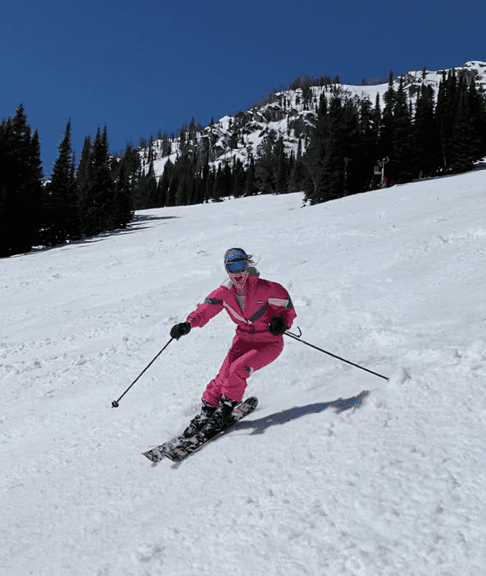 What investing areas do you focus on?

I primarily invest in enterprise software and have developed thesis areas in AI/ML, Climate/Energy Tech, and the Future of Work. My background is working in traditional industries like industrials, transportation, and energy, and I became particularly excited about how tech can be leveraged in these essential sectors of the economy. As an investment banker, I worked on the sale of Freightquote.com to C.H. Robinson. I saw how tech allowed the company to capture a whole new market of “micro-shippers” by moving the traditional truck brokerage business online. Years later, I joined the phenomenal team at Ike in their mission to automate truck driving itself. It is amazing to see this progression over time, and I am excited about applications and tools that allow companies to adapt to changing environments.

If you weren’t in this career, what would you be doing?

They say those that can’t do teach. For me, it’s those who won’t found, invest. If I weren’t in venture, I would be starting something new. My father was an entrepreneur — he coded the first online currency exchange trade platform in the attic of my childhood home in the early 2000s. I grew up with this “entrepreneurial spirit.” I learned to seek out opportunities where others may not and was encouraged to take action, including through a t-shirt company I launched in the 6th grade, which got decent traction from my middle school classmates.

Before B Capital Group, I founded Style Scout, a peer-to-peer clothing rental platform and back-end aggregator of fit data. I didn’t end up pursuing the venture — it turns out peer-to-peer event apparel is a tough business in a pandemic — but I did learn a bit about the true roller coaster of being an entrepreneur. I also learned the value of having a supporter in your court, someone who believes in your vision and will do whatever it takes to help you get there. This is something I strive to do with the companies I invest in.

What attracted you to venture investing?

I was a physics major in college — what I loved about the major is that you were taught formulas, concepts, and mathematical techniques and then had to adapt these learnings to problems you had never seen before. The students in the major became a tight-knit group, bouncing ideas off each other to collectively tackle each challenge. I love venture for the same reason. There is a general framework, and you apply this skill set to an always-evolving set of new situations. The result is that I’m constantly learning and meeting new people, and I get to be a part of an exciting community.

What do you look for in a founder or executive team?

All types of people from any background can be amazing founders. Period. I shy away from the term “pattern matching” because I believe it is often used to back the same sort of person (in terms of physical appearance, resume, or identity). There are myriad articles and opinions on what it takes to be a successful founder. Ultimately, it comes down to people. In business school, I learned to ask the question: why would someone follow you? To me, this is the most important quality of a founder: their ability to rally, motivate and retain an outstanding team.

What’s something many people may not know about you?

In college, I loved my computer science courses and ended up working for a professor on his research. We were modeling killer whale populations off the coast of Alaska and how impacts to the surrounding ecosystem would affect population size. My school received funding to send three students to the Grace Hopper CS conference, and I was selected as one of the three. However, I opted out last minute in favor of my investment banking interviews. I still regret that decision a little to this day, though ultimately, I’m pretty happy in the spot I’m in now.

Connect with Karly on LinkedIn.

Riding the wave of innovation: How to partner effectively with pharma companies

The Five Themes Cybersecurity Startups Are Tackling in 2021

3 Things I learned in Venture as a Consultant

International expansion shouldn’t be an afterthought to your strategy