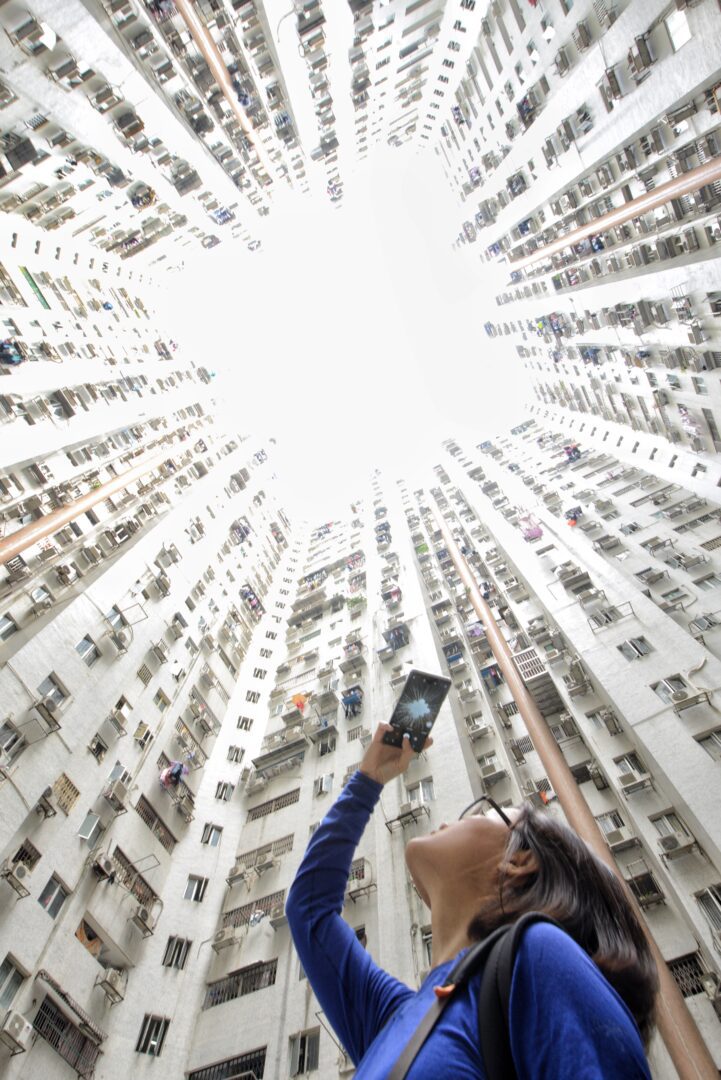 As the pandemic hammered economies worldwide, these tech-enabled companies outperformed the market handily. What does their success reveal about future sources of growth and innovation?

The pandemic’s destructive impact on global stock markets was hardly surprising—if not by its measure, certainly in speed and scale. In the five months following the first confirmed case of COVID-19 in the US, the companies listed on the New York Stock Exchange and Nasdaq collectively lost 20% of their market value. But as economies worldwide experienced sharp downturns, some companies outperformed the rest of the market by a long shot.

These anomalies make up a group that we call the growth techs—high-growth, tech-enabled companies founded in the past two decades. Exactly which companies represent such a beacon of hope for investors everywhere? What do they tell us about the sources of future innovation and growth?

To answer these questions, we analyzed publicly and privately held tech-enable companies founded in or after 2005 and ranked them by their growth in average annual valuation. (B Capital Group, a global multistage venture capital firm and a BCG strategic partner, contributed to the analysis.) From January 2020 through June 2021, the top 100 growth techs (GT100) grew by 93%, or more than three times the overall market’s growth of 27%. Even as stock markets have rebounded, GT100 companies have continued to outperform. (See the sidebar “How We Chose the GT100.”)

The GT100 companies represent a broad variety of industries and business models. The majority of companies fall into seven categories: B2B software as a service (SaaS), marketplace, B2C e-commerce, media, biotech, personal fintech, and autonomous vehicles and the Internet of Things (IoT). Although GT100 companies are dispersed across the world, about 80% of these companies are headquartered in China and the US. (See Exhibit 1.)

Our analysis of the GT100 reveals several noteworthy trends over the past decade and a half that will likely continue. Chief among them: more significant growth in categories other than B2B SaaS and more rapid innovation from companies based in China.

The Shift from B2B SaaS

B2B SaaS companies have undoubtedly been an engine of growth in the tech industry, particularly in the US. In fact, B2B SaaS companies make up more than half of the GT100 founded from 2005 through 2009. Of the 33 B2B SaaS companies on our GT100 list, 75% are headquartered in the US. Some of these companies—such as CrowdStrike, Cloudflare, and Okta—focus on helping businesses manage security. Others, Snowflake and Databricks, for example, offer cloud services for data, while Square and Stripe offer payment solutions and Zoom Video Communications and Twilio have communications clouds. The B2B SaaS category is poised for further growth: a recent BCG survey of roughly 700 IT buyers across industries showed that IT spending on B2B software is expected to rise, on average, by 3.4% in 2021, or 1.9% over 2020 levels.

Even more interesting is that although the B2B SaaS category continues to grow overall, many GT100 companies founded in or after 2015 are in more consumer-oriented categories—including marketplace and B2C e-commerce. (See Exhibit 2.) These two trends indicate that tech is truly permeating every industry, and that the GT100 list will be increasingly diversified. These trends trace back to when the first iPhone launched in 2007. We entered a new era of consumer-focused mobile apps, and startups around the world began developing products to give consumers access to goods and services through their phones.

While online marketplaces (such as Zalando and Etsy) founded from 2005 through 2008 have focused generally on fashion or consumer goods, those founded more recently have concentrated on on-demand ride-sharing and food-delivery services that use mobile apps. The latter group of companies include DoorDash, Uber Technologies, Instacart, and Lyft (US); Meituan and DiDi Global (China); Delivery Hero (Germany); and Grab Holdings (Singapore).

B2C e-commerce, too, began to feature innovations in online-to-offline commerce (O2O), enhancing or replacing product offerings with service offerings. China and India saw successful education technology offerings such as Yuanfudao and Byju’s. Others include sports-betting platform DraftKings (US) and home-buying solution Opendoor (US), both founded after 2010. Online health care and telemedicine solutions also seem to be enjoying a renaissance, including two companies that launched an IPO in 2021: agilon health and LifeStance Health.

The AV and IoT industries have blossomed, putting them among the top GT100 companies.

The more nascent autonomous vehicle and IoT industries have blossomed in recent years, which is reflected in their position among the top GT100 companies. The growth of autonomous vehicle companies has been fueled mostly by investments in smart electric vehicles and autonomous driving, as exemplified by NIO and Xpeng in China and Aurora Innovation and Rivian in the US. IoT is becoming an integral part of all industries, including fitness (Peloton Interactive) and smart homes (Roborock); in some industries, namely in heavy industry and manufacturing, the enterprise IoT market could reach $177 billion as early as 2023.

Though dominant in number, the consumer-oriented GT100 companies haven’t had an exclusive lock on game-changing innovation. Biotech companies had a respectable showing on the GT100, accounting for 9% of the total. Demand for COVID-19 vaccines spurred the rise in valuations of Moderna and BioNTech, both of which had innovations in the use of genetic data to engineer more effective medical treatments. Last year, the Nobel Prize in Chemistry was awarded to the pioneers of CRISPR gene editing, and the promise of this breakthrough technology—with its potentially wide application, including in areas such as agriculture and disease prevention—is reflected in the performance of such companies as Beam Therapeutics.

The rise of technologies for next-generation sequencing and gene expression profiling (such as those offered by 10x Genomics and Tempus Labs) also represents important advances in precision medicine. As oncology becomes the biggest area of therapeutic focus in biopharma, companies will keep searching for innovative ways to battle cancer, including utilizing immuno-oncology treatments (such as those from Lyell Immunopharma). And in every segment of biotech, AI is accelerating the speed of innovation.

Innovation from China Is Accelerating

Last year proved to be an innovation milestone for China. The nation attracted $163 billion in foreign direct investment, surpassing FDI inflows to the US, according to the Wall Street Journal. That milestone is a growing indication that we can expect more innovation to come out of China. Although US-based companies make up the majority of the GT100, and today’s software M&A market confers a valuation premium of two times revenues for companies with headquarters in the US, companies headquartered in China account for 20% of the GT100. In addition, the top three companies on our list—Pinduoduo, Meituan, and ByteDance—all hail from China. This suggests that the mix of GT100 leaders may look quite different in the future than it does today.

The rapid pace of urbanization and rising consumerism in China has fueled growth in consumer and mobile commerce. Meituan, for example, is a super app (an all-in-one app that is used to browse products and make purchases and payments); it was one of the earliest adopters of the O2O model. Meituan provides local food-delivery, ride-hailing, movie-ticketing, and travel-booking services, among others, on demand. The growing power of younger consumers who value personalization underscores the importance of tailored offerings to the success of these companies.

The rapid pace of urbanization and rising consumerism in China has fueled growth in consumer and mobile commerce.

China’s massive, mobile-savvy population has also led to innovations in social media platforms focused on the mobile experience, such as ByteDance and Kuaishou. ByteDance, in particular, has won widespread global popularity with TikTok, its app that took off during the height of the COVID-19 lockdowns. TikTok lets people easily create, edit, and share 15-second videos on a mobile device, feeding users an addictive, personalized video-watching experience.

Government sponsorship and subsidies have helped boost Chinese innovation in autonomous vehicles and IoT. More than half of the GT100 in this category are headquartered in China. Although the US still holds sway over the B2B SaaS category, it is only a matter of time before more high-growth B2B SaaS disruptors emerge from other countries.

Technology is changing our world at breakneck speeds. The companies listed on the GT100 include only those that grew rapidly from their start. What is not captured on our list are the many other game-changing growth techs that experienced an inflection point several years after their founding—those such as Gojek, a super app that made its mark on the world as Indonesia’s first unicorn, or Revolut Technologies, the UK-based financial super app that is changing the way people around the world execute financial transactions.

No one growth path is necessarily better than another. But it is no coincidence that half of the world’s top ten public companies by market capitalization are technology companies that did not exist 30 years ago. We expect this list of the top ten public companies to continue to evolve as growth techs further shape our global economy and society, advancing and connecting us in ways previously unimaginable.

The authors would like to also thank their colleagues Jen Wu, John Barry, and Stella Su for their invaluable contributions to the research, analysis, and writing of this article.

To create the Growth Tech 100 list, we assembled a list of publicly and privately held, tech-enabled companies across the globe that were founded on or after January 1, 2005. Using the following formula, we calculated each company’s average annual valuation growth since its founding:

We then sorted the list by average annual valuation growth to identify the top 100 companies globally. (We used valuation data as of August 18, 2021.) Finally, we excluded companies with a current valuation of less than $1 billion (including subsidiaries and spinoffs) to arrive at the final list.