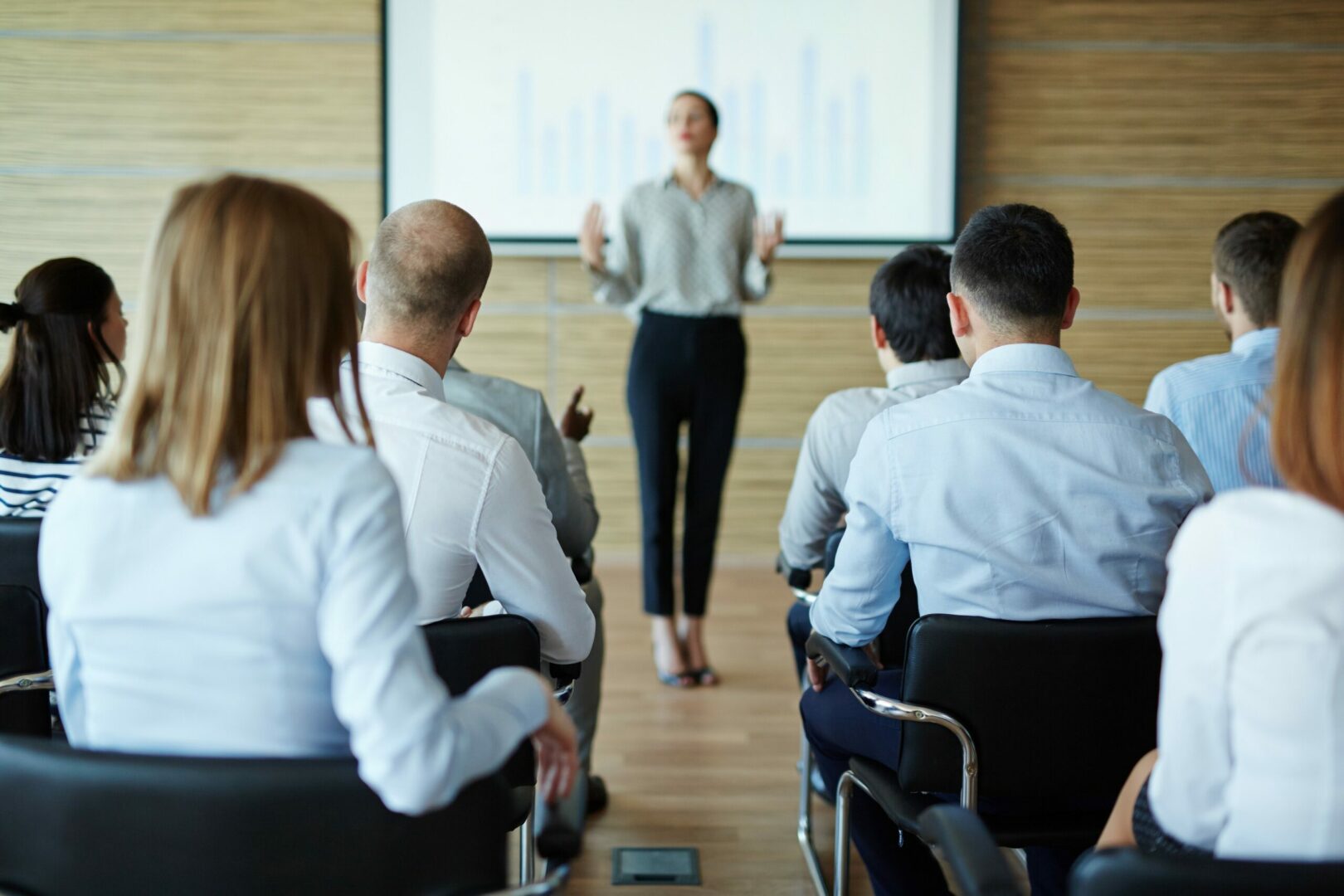 In Search of the Overlooked Entrepreneur

What makes a great innovator?

In Silicon Valley, you often see founders with similar backgrounds walking out of a pitch with funding in hand: a college degree from a prestigious private college, deep connections to the Bay Area tech ecosystem, and the ability to take on financial risk early in one’s career. But there is a significant community of visionary entrepreneurs, launching the next generation of startups, who are hiding in plain sight.

These individuals come from a diverse set of backgrounds. They hail from all over the world including Jakarta, Brazil, Bangalore and beyond. They don’t usually have the ideal connections to get them into a pitch on Sand Hill Road. Instead, they have an outsider mentality that makes them gritty. As independent thinkers, they aren’t concerned with building egos or status. Instead, they’re driven by an intense desire to tackle real-world problems, redefine global industries, and markedly improve lives.

My own professional path has some of the hallmarks of typical founders: I did get to attend some of those prestigious private colleges (University of Pennsylvania and Harvard Business School), but I went on a scholarship to both and that enabled me to then get the “right” jobs (McKinsey, Bain Capital, etc). But my journey started much earlier in a very different place, as an Indian-American immigrant from humble beginnings. I moved to the US at an early age and have been fortunate to know many other people who have come from similar background. Looking back on my own experiences has made one thing clear: Some of the best ideas come from the people I regularly meet who did not follow the type of professional path I did.

These entrepreneurs are too often overlooked by investors who have their lenses trained on the same type of founder. What should Venture Capital be doing differently?

Some of the best ideas come from the people I regularly meet who did not follow the type of professional path I did.

Founder demography is changing. Invest at its leading edge.

As the leaders of transformative companies, overlooked founders doggedly challenge conventions and (being well-aware that 90% of startups will fail) persist with commitment and determination. The candidates we see coming through elite networks may be homogeneous compared to data that shows founders are increasingly diverse:

These individuals don’t succeed in spite of their backgrounds. They succeed because of them: applying unique perspectives to global problems and breaking down barriers in the process. Overlooked entrepreneurs are changing the business world as we know it — and investors who don’t pay attention stand to miss out on industry-defining opportunities.

Innovation knows no boundaries — geographically or demographically. Investors need to look across them.

Silicon Valley is historically synonymous with innovation. But over the last two decades, the model for finding globally disruptive ideas has evolved and expanded. Today, enterprise-scale innovation comes from people who pair insider knowledge with outsider ambition. These entrepreneurs aren’t attending cocktail parties in Palo Alto. They’re toiling away — objectively and in obscurity. Rather than them knocking on doors (especially now that they can’t travel), the onus is on investors to find these visionaries and bring their companies to the global stage.

As first-generation immigrants, my co-founder Eduardo Saverin and I founded B Capital with a commitment to identifying overlooked talent through an impactful cross-border investment approach. Rather than begin our search process within certain communities or spheres of influence, we start with thematic identification. First, we pinpoint global problems — then, we search for people who look beyond the entrenched path and are finding creative ways to deliver solutions.

The onus is on investors to find these visionaries and bring their companies to the global stage.

Using this model, we have invested in globally transformative companies that would have been otherwise overlooked:

● Ninja Van. Our story with this logistics company began with a theory. At B Capital, we believed that e-commerce was bound to explode in digitally connected markets. Young populations would want to order products from anywhere in the world and have them shipped directly to their door — and they’d want this done without credit cards or hassle. So, we asked: if that’s the problem, then who can solve it?

The answer was waiting for us in Singapore. While other venture capitalists were searching Asia for the next Alibaba, nobody was looking at logistics companies like Ninja Van. Seizing the opportunity, we flew to Southeast Asia and met with the founder, Chang Wen Lai. He had a vision of reimagining the way the world did delivery — and was working 24/7 to make it a reality. Today, Ninja Van serves more than 570 million Southeast Asians and is the leading courier company in the region.

● Evidation Health. Evidation’s precision-based technology solutions help healthcare companies rapidly design and execute behavior-focused clinical studies. The co-founders, Christine Lemke and Deb Kilpatrick, didn’t fit the traditional profile of a mid-20s wunderkind and/or male entrepreneur. On top of that, they were innovating in an industry that has been traditionally slow to change.

Institutional investors were deterred by the prospect of working with large pharmaceutical companies, but we quickly realized that Evidation was in the early stages of redefining an entire industry. Through B Capital’s relationship with Boston Consulting Group, we connected Evidation with big pharma clients seeking new ways to gather behavior data in clinical trials. Today, Evidation is a market-defining company — using behavioral metrics to facilitate medical breakthroughs in a socially-distanced pandemic world.

● SilverCloud Health. Founded in Dublin, this company is now a leader in mental health telemedicine. In 2016, the B Capital team flew to Ireland to meet the CEO, Ken Cahill. To put it simply: we were blown away by his bold vision. While living locally, Ken was thinking globally about the critical shortage of psychologists and psychiatrists.

Four years later, the platform is used by more than 300 organizations and 350K individuals around the world, with a growth trajectory that increases each month. Especially during the COVID-19 crisis, SilverCloud is helping to radically reduce the costs of delivering care and exponentially expand the number of people being helped for mental distress.

In hindsight, the idea that investors may have overlooked these companies because they didn’t align with a geographic proximity or network seems crazy. With several years of partnership under our belt with each of these companies, we have seen them become market leaders with a clear path to even greater expansion. With our newly closed $820 million second fund, B Capital will continue to invest in off-the-beaten-path visionaries whose technologies accelerate connectivity between systems, companies, and people.

The past few years have seen the emergence of difficult conversations that are incredibly consequential to the tech community, including the under-representation of female and Black founders and the ability for immigrants to build lives and companies here in the U.S. As investors, we can use these conversations to expand our lenses and find more of these overlooked entrepreneurs, both within the U.S. and abroad.

Innovation knows no bounds — and neither should investors. While B Capital has four offices across two continents, we operate as a cohesive whole: collaborating across time zones and business segments to build powerful global perspectives and achieve enterprise-scale disruption. Each day, our investment team asks: What problems do we see? How could they be solved, not just in the U.S. but anywhere in the world?

By keeping eyes, ears, and minds open, fewer entrepreneurs are overlooked — and more businesses receive critical growth-stage funding. The most successful investors will be the ones who push beyond the boundaries of their own networks with intention and hunt for the incredible founders hiding in plain sight.

Innovation knows no bounds — and neither should investors.